I’ve read this comic strip a number of times already, but I still get a kick out of it. Especially the pane on the top row on the very right, “I couldn’t understand most of the attendees because they were on speaker phones it rooms with bad acoustics,” and I imagine that has happened to almost everyone. It’s crazy that still that’s an issue. The second thing I think most people complain about, and not just engaging people. You have a feeling that on the other side of the phone you don’t know what are people doing.

Hopefully no one reading this is sleeping yet, since we’re just getting started, but we all know it does happen. What do we need to do to prevent that? Well, first of all, for a staff meeting I think it’s especially challenging, because people are easily distracted. There is an emphasis in today’s busy world on multi-tasking, and people get distracted, and have a tendency in a staff meetings to get off track.

Do a Web Conference

First of all, what are some things that everyone probably would agree on as a no brainer? First, do a web conference. When you’re talking about multi-tasking and getting people not to be distracted, give them something visual to look at, and don’t just do an audio call. It can be very easy, it doesn’t have to include a lot of slides like we do, but at least something to engage people.

Again, for a staff meeting specifically, typically at least at some point you’re going to go around the room and have different people chime in. A nice way to do that is to utilize that chat, so that you can either tell people or allow people to select when they want to chime in. I was surprised at how many times some of the experts said, “Have someone share a personal story.” Well, I found that a little controversial. I know in some cultures, that just would not be appropriate, but in other cases, maybe in a smaller company that could very well build a lot of rapport and be quite effective.

The second one I also wanted to talk about, just for a minute here, and that involved self-muting. Just to make sure everyone is aware what we’re talking about here, for example, on the call right now everyone is muted, and that’s called hard muted. You don’t have the ability to speak up, but on many calls that could be a setting that the host controls, and so they may allow everyone to be un-muted. One of the things that came up often was that if you allow self-muting you’re going to dramatically lower the interaction, no matter what. Typically you want highly interactive staff meetings, it might be appropriate not to allow people to self-mute. Of course the shorter the better, but again that’s not always possible when there’s a lot of work to get through. If you have questions about audio conferencing, or would like to set up a free trial to test our conferencing solution, visit our free trial page or call 888-55-ADIGO 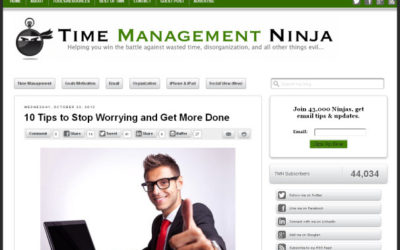 When you're working on a project or just trying to get everyday things done, do you often wish you had more time? What...

END_OF_DOCUMENT_TOKEN_TO_BE_REPLACED 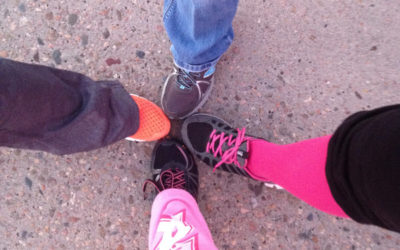 Adigo Laces Up for Denver’s Susan G. Komen Race for the Cure

END_OF_DOCUMENT_TOKEN_TO_BE_REPLACED Synergy. Yeah, we said it.  We know it’s a loathsome buzzword, and we said it anyway. Why?  Because nothing else works...